Programs & Projects About Us Our Team Home

Programs & Projects About Us Our Team Home

Reclaiming Power and Place: The Final Report of the National Inquiry into Missing and Murdered Indigenous Women and Girls The National Inquiry’s Final Report reveals that persistent and deliberate human and Indigenous rights violations and abuses are the root cause behind Canada’s staggering rates of violence against Indigenous women, girls and 2SLGBTQQIA people. The two volume report calls for transformative legal and social changes to resolve the crisis that has devastated Indigenous communities across the country.

The Final Report is comprised of the truths of more than 2,380 family members, survivors of violence, experts and Knowledge Keepers shared over two years of cross-country public hearings and evidence gathering. It delivers 231 individual Calls for Justice directed at governments, institutions, social service providers, industries and all Canadians.

As documented in the Final Report, testimony from family members and survivors of violence spoke about a surrounding context marked by multigenerational and intergenerational trauma and marginalization in the form of poverty, insecure housing or homelessness and barriers to education, employment, health care and cultural support.

Experts and Knowledge Keepers spoke to specific colonial and patriarchal policies that displaced women from their traditional roles in communities and governance and diminished their status in society, leaving them vulnerable to violence. (source:https://www.mmiwg-ffada.ca/final-report/)

<< Back to All Programs 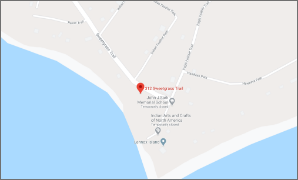